The meeting of the NCP’s Standing Committee held at Baluwatar today decided to call for the meeting to deliberate on the latest political scenario, dissolution of the House of Representatives (HoR) and the next moves of the party.

The meeting also concluded that the dissolution of the HoR was against the mandate of people and people’s sentiments and decided to oppose the Prime Minister’s move, said NCP Spokesperson emerging from today’s meeting.

Shrestha said, “The dissolution of the HoR at a time when the parliament had to be summoned has raised a question on the future of the country, people and the NCP.”

Furthermore, the meeting also decided to present the proposal seeking disciplinary action against NCP Chairperson and Prime Minister KP Sharma Oli as per the Clause 56 of the NCP’s interim statute in the upcoming meeting of the central committee.

Shrestha denounced, “The action of Prime Minister is not acceptable for those who are for constitution and democracy. We will, therefore, seek political recourse against such step.”

He also urged one and all to be united against all activities that weaken the leaders and cadres of the party as well as the democracy while calling to wage protests against such tendencies.

Shrestha shared that the Standing Committee meeting also appealed to all the political parties in and out of the Parliament, civil societies and pro-democratic forces to stand united to safeguard the federal democratic republic.

Likewise, decision was made to nominate former Speaker of the HoR Krishna Bahadur Mahara to the vacant post of the Standing Committee for which the proposal will be taken to the central committee meeting for further decision.

The Standing Committee meeting was attended by 31 members of its total 45 members. 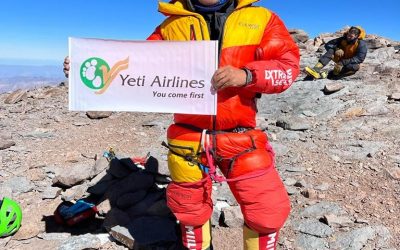